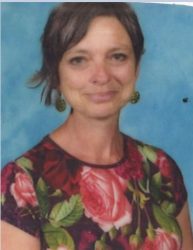 Becca’s teaching career has spanned over 3 decades and although she specialised in Key Stage 2, has included work in all 4 Key Stages as well as Early Years. She was Literacy Manager at one of her schools and while her children were younger was a Parent Governor at local Infant School.

Her work in secondary schools was as a teacher of EFL and EMA coordinator. Involved with the City of Sanctuary work in the city, she has a passion to support refugees and asylum seekers and has done work in the city of Portsmouth with young unaccompanied asylum seekers in particular, supporting UAMs in secondary schools, teaching English in the Starting Out project and doing specialist initial assessments.